One of the first words that came to mind during my second viewing of Call Me by Your Name is "sensuous." I did not recall, when I first watched it a day prior, the word used in the dialogue itself, though it was, and, upon reading other reviews of the movie, I saw the word used frequently. Clearly, I was on the right track as a critic, or, at the very least, the second viewing afforded me an understanding of the film in a way first viewings necessarily cannot: the opening credits, featuring photographs of classical sculptures, resembled those that would later be described as looking like they "almost dare you to desire them." I understood this, the second time around, as the film's introduction to the themes of beauty and desire, seeing the statues in a way I had not previously been able to.

When we meet Elio Perlman we're introduced to a shy 17-year-old living in Northern Italy in the summer of 1983. He feigns unawareness when speaking to his mother that the guest of his father, an American archaeology graduate student named Oliver, has arrived at their home, even though we know that Elio saw Oliver through his bedroom window.  Later, when he is tasked with waking up Oliver from sleep for dinner, rather than raise his voice or nudge him, he picks up a book and drops it, pretending it was accidental. (To Elio's chagrin, Oliver opts for more sleep instead of joining the family for dinner.) Asked how he spends his time, Elio responds "Wait for the summer to end." He reads, transcribes music, goes swimming in the river, and sometimes goes out with friends. But mostly, he's aloof. 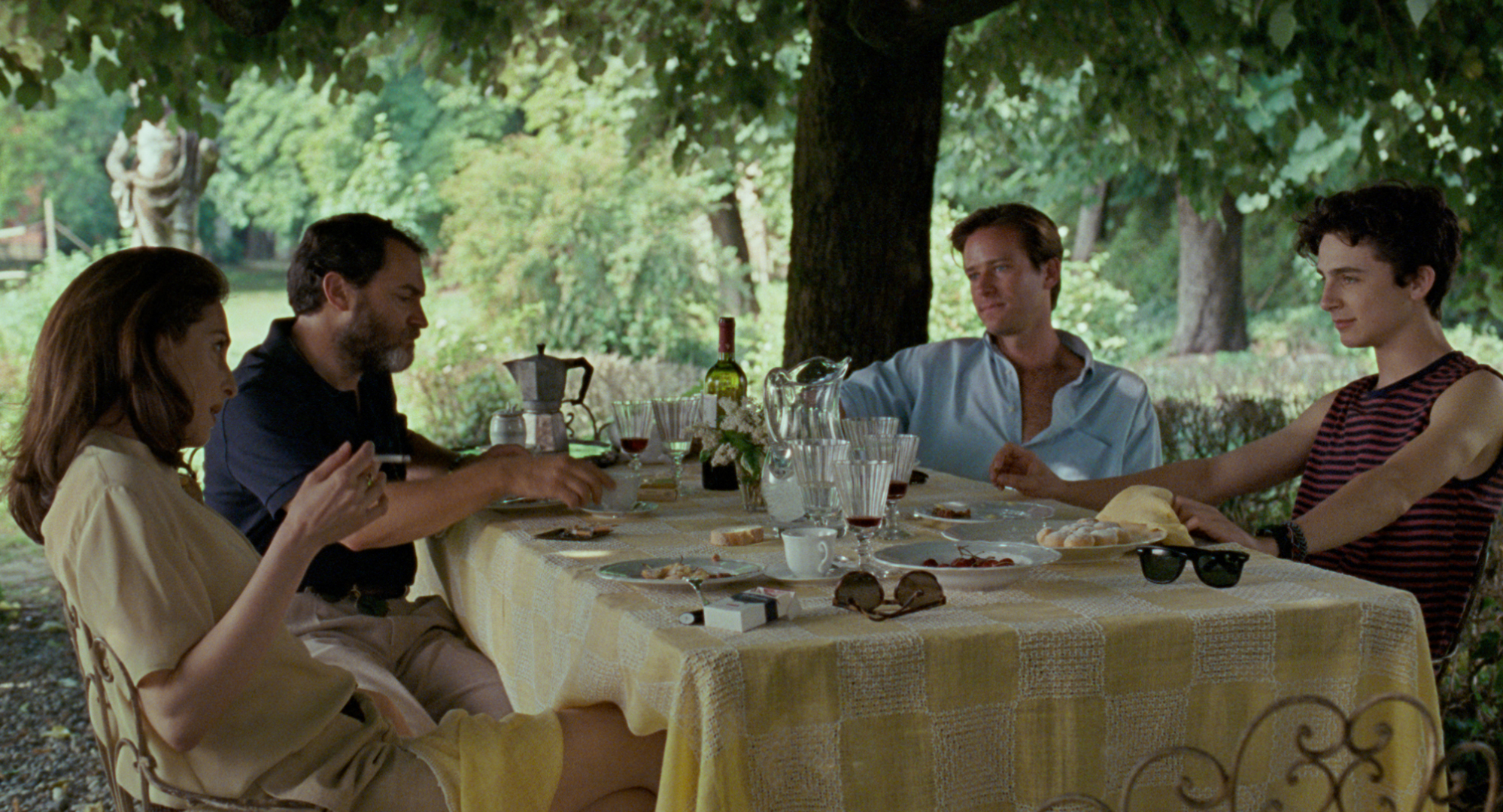 Oliver provides contrast. When he wakes from his "nap" the next morning, he begins his day wandering the sumptuous 17th century villa, touching the drapery, before exclaiming "Wow!" at the sight of a table adorned with a full-fledged breakfast made by Mafalda, the cook and maid, as well as the large, verdant orchard that grows peaches, cherries, apricots, and pomegranates, which is tended to by Anchise, the groundskeeper. Oliver devours his soft-boiled egg in seconds, the first of many references to his appetite: in a scene shortly thereafter, he is provided apricot juice and drinks the entire glass without a single pause. One day, when the two go into town, Elio is surprised to learn that Oliver has already befriended most of the older gentlemen at the bar.

It is Oliver who animates Elio after Elio is initially cold to Oliver's personality, thinking him arrogant. As Elio and his friends watch Oliver on the dance floor with Chiara, another friend of theirs, one of them remarks "Who wouldn't want to be in her shoes?" Marzia, a friend of Elio's who also yearns for him, then says to Elio, while looking at him longingly: "She wants to be with him no matter what." It's at this moment that Elio realizes, fully, that he wants Oliver, too, no matter what. (This realization is a weighty one: Elio takes a long drag of a cigarette, almost with tears in his eyes, chugs his drink, and then takes another long cigarette drag before finally smiling.) Since he cannot act on it, though—at least not yet—Marzia serves as a surrogate, and the two strip off their clothes and go swimming in the river. She asks him if he is with her because he is jealous that Chiara is with Oliver, and Elio denies that is the case. 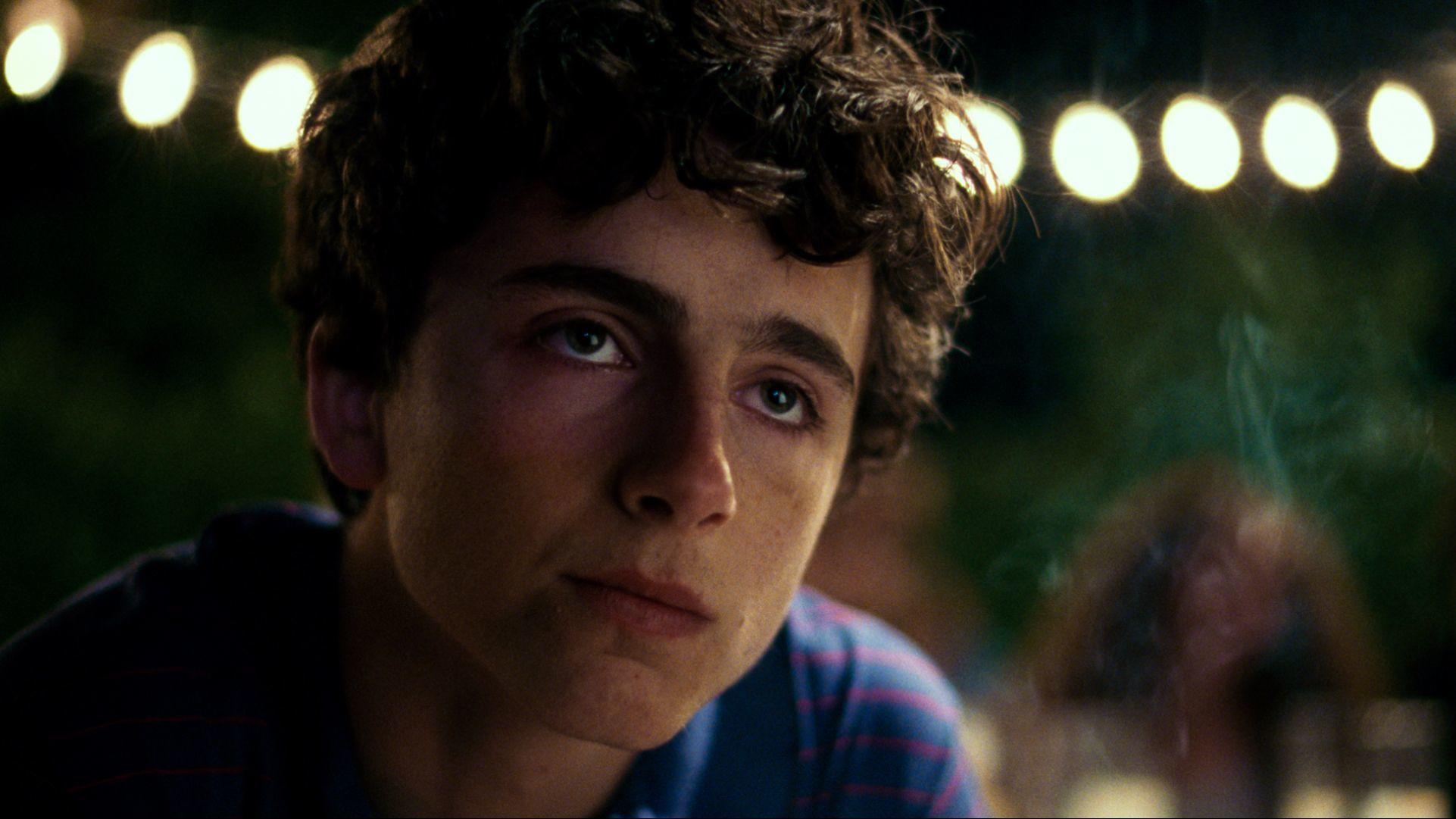 The cinematography mirrors Elio's emotional awakening. All around us are shots of the world teeming with life. I first thought of the phrase when Anchise shows Elio a fish he caught at the river, still breathing. Shots of dialogue are interlaced with shots of the villa, with its tall grass, fruit-bearing trees, wind rustling through leaves, and the sounds of crickets chirping and birds singing. It seems almost impossible to me, an urbanite who only visited Europe for the first time this summer, that someone could live in such an environment and be a shut-in like Elio. Perhaps that's the point, and so Oliver is there to show us, through Elio, another way.

If the film suffers from one glaring flaw it's a penchant for unsubtle and didactic plotting. On a stormy night, Elio's mother, Annella, reads some poetry to Elio and his father, the moral of which is simply that it is better to speak and reveal love than to not. The following scene carries this sentiment: Elio and Oliver speak about the poem, not hinting but signaling, loudly, the direction their relationship is going to go. But we can forgive this habit of the film because it leads to beautiful moments. Elio reveals his affection to Oliver as they circle opposite sides of a town monument, symbolizing the dance the two are doing ("Because I wanted you to know," he repeats to himself a few more times after saying it out loud to Oliver, mulling over his words, perhaps questioning himself), and, despite Oliver's hesitation ("We can't talk about these things… we just can't"), they eventually embrace and kiss. Still, Oliver puts a hold on their romance: "Just don't."

And so they don't. Oliver seemingly avoids Elio. Out of boredom, or perhaps frustration, Elio phones Marzia and they go on a date. She reveals to him that she is open with him, but withholds a bit of herself. When Elio inquires as to why—and this inquiry is cruel, because his questions are in response to answers that are evident to the viewer but perhaps not the 17-year-old boy living out his life—she tells him that she worries he will hurt her, and that she doesn't want to be hurt. Ultimately, of course, he does hurt her, and the degree to which she is, by the end of the film, magnanimous about the ways in which he has used her strains credulity.

Eventually, despite Oliver's command to not progress the relationship, they meet under the cover of night and consummate it. They spend their remaining days blissfully, but the hurt closely follows. Marzia is hurt by Elio's disappearance and non-answer when asked "Am I your girl?" Elio is heartbroken even before Oliver's departure to return to the United States ("I don't want you to go," he says tearfully) and, when Oliver does, he calls his mother to pick him up from the train station because he is incapacitated by grief. And Oliver is hurt, too: he was also sad at the train station where he and Elio went their separate ways, where all the two could do was look at each other, wistfully smile, and hug, exchanging no words. But Oliver had also said, prior to all this, that he doesn't want to have "messed up" Elio in any way by doing all this, which is usually the case with love, but all the more a concern due to their age difference. 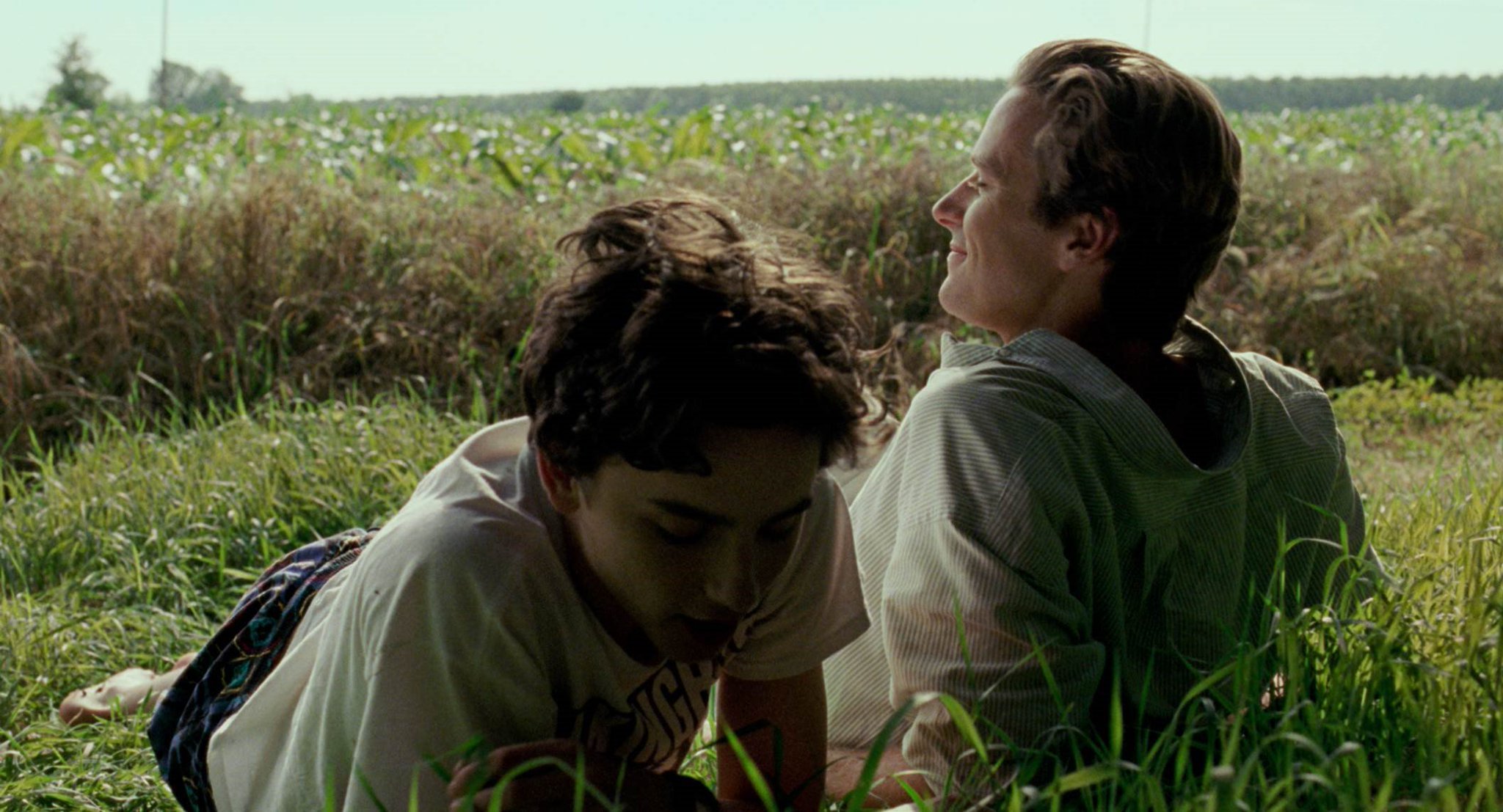 However, we later learn, that perhaps part of the concern was due to their different place in life. After the movie jumps to wintertime in its closing scenes, Elio answers the phone and it is Oliver calling, with some important news to share: he is engaged. If it was always clear before that the stakes for the two were not the same, and that one would end up more heartbroken, it becomes apparent to both Elio and the audience that what they had is finished, making it all the more heartbreaking for Elio.

Before this revealing phone call, though, the didacticism of the movie rears it's head and prepares the viewer in the form of consolation provided by Elio's father:

“You had a beautiful friendship... Maybe more than a friendship. And I envy you... In my place, most parents would hope the whole thing goes away, or pray that their sons land on their feet soon enough... But I am not such a parent. In your place, if there is pain, nurse it, and if there is a flame, don’t snuff it out, don’t be brutal with it. Withdrawal can be a terrible thing when it keeps us awake at night, and watching others forget us sooner than we’d want to be forgotten is no better. We rip out so much of ourselves to be cured of things faster than we should that we go bankrupt by the age of 30 and have less to offer each time we start with someone new. But to feel nothing so as not to feel anything—what a waste!”

Call Me by Your Name is one of those movies that has affected my ability to simply live my life after seeing it because it displays life, concentrated, where joy is relatively simple and everything else is not. It is exhausting to experience, all the more so because it is so unmistakably sublime. The closing credits emphasize this. Staring into a fireplace, we are presented an unsparing 4-minute glimpse of Elio's face as he processes the news that Oliver is engaged. The song playing is the same that played when Elio and Oliver first had sex, only now there are lyrics:

Their romance, however brief, has reached a state of finality. It's the face of grief. It's extremely uncomfortable. Elio's lip twitches, he forgets to breathe, followed by long exhales, his eyes are unblinking except to shed tears, and he is sniffling throughout. And yet, I could swear that, toward the end of it, there was a brief smile, perhaps recounting some joy intermixed with the sadness that his father exhorted him to never forget.